There is one front and one battle where everyone in the United States—every man, woman, and child—is in action and will be privileged to remain in action throughout this war. That front is right here at home, in our daily lives and in our daily tasks. Here at home everyone will have the privilege of making whatever self-denial is necessary, not only to supply our fighting men, but to keep the economic structure of our country fortified and secure during the war and after the war.
President Franklin D. Roosevelt’s radio broadcast to the nation, April 28, 1942

Way back in the summer of 2001, my friend Andy Murphy was working on a picture book project about World War II. Another writer friend, Muriel Dubois, had a WW II YA novel underway. I became fascinated by the homefront activity of WW II kids and decided to write a nonfiction book on the topic.

I wrote a letter to Reminisce magazine asking its readers to share their memories of growing up during WW II. I joined a collectibles listserv and asked its readers to share, too. I developed a questionnaire to hand out to people I knew, or to friends or relatives of friends.

I prowled the WW II collectibles offerings on eBay. I purchased a gazillion books, and made many trips to the New Hampshire State Library, and to the library at UNH. I immersed myself in WW II life. I bought CDs and often found myself singing "Praise the Lord and Pass the Ammunition."

When the events of 9/11 took place, my enthusiasm for the project fell off sharply. Then, in January 2002, I found I had breast cancer. My work on the project came to a screeching halt. But, that spring my letter was printed in Reminisce and letters started arriving. They were filled with memories, memorabilia, and even a drawing or two. The emails and letters piled up. Two years later I still received the occasional letter from someone who had read the magazine in a doctor's waiting room. But, I didn't do much with the project other than putting together an outline.

Time has blurred and I'm not too certain of the sequence, but somewhere along the line, Andy, Mur, and I took a field trip to the Wright Museum in Wolfeboro, NH. The interest in the subject was still strong.

In early 2006, I heard an interview on the radio with some women who worked in a factory during the war. As I listened, their stories struck me as being poetic, and almost like the proverbial bolt of lightning, I realized that my book had to be written--soon (because some of the people who filled out questionnaires for me had already passed away)--and, it had to be written as poetry.

And thus began a frantic period of writing and a renewed interest in collecting WW II memorabilia.

The poems were inspired by those who wrote to me. They also sprang from my imagination as I contemplated what life must have been life for a kid growing up in the world of sacrifice, war industry, and the intense fear of the known and unknown enemy.

Each poem is from the point of view of one child, and each has the child's name at the top. The ages of the children range from about 7 or 8 years old up to about 17.

I knew that today's kids know almost nothing about WW II, so I tried to gather artifacts to introduce kids to life in the 1940s. I have a nice collection of magazines, ration stamps, postcards, etc., many of which I'll be using to illustrate the poems. I'm also grateful to the Library of Congress for making available the vast Farm Security Administration - Office of War Information Photograph Collection, which I will also be using. Some of the poems came about as a result of examining the collection--the photos captured the heart and soul of America.

I sent the finished manuscript out to several publishers, and none took the bait. Several, however, suggested that I limit the speakers and rewrite the whole thing as a novel-in-verse. I took the suggestions to heart, but decided to go with my gut. My intent is to show how the war effected everyone, from every city and town in America, from every race, religion, and nationality. So, I had to keep the multiple voices.

After several years parked on my computer, I decided that I wanted to share the book, so, I'm publishing it serially on this blog. My plan is to post two a week until I run out of poems (probably in the spring of 2012).

I have started a Facebook page on which I will post links relating to the posts, or to WW II themed sites. Stop by and "Like" the page!

My biggest regret is that I lost many emails when my computer crashed (actually, I've had two crashes since the beginning). I apologize to those who so generously shared with me, I ask their forgiveness in taking so long in finishing this project, and I will forever be in their debt.

Read an interview on Linda Crotta Brennan's blog, Lupine Seeds, about the Kids of the Homefront Army project.

How Does This Work?

The poems are posted in roughly chronological order, beginning with the events of December 1941. Read from top to bottom. Ignore the posting dates as they have been changed in order to get the sequence correct now that the complete manuscript has been posted.

Receive New Poems in Your Inbox 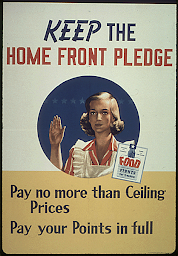 Poster courtesy University of Maryland.
Please Visit and "Like" 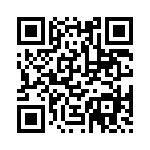